A hot cup of kindness for dozens in downtown Ottawa 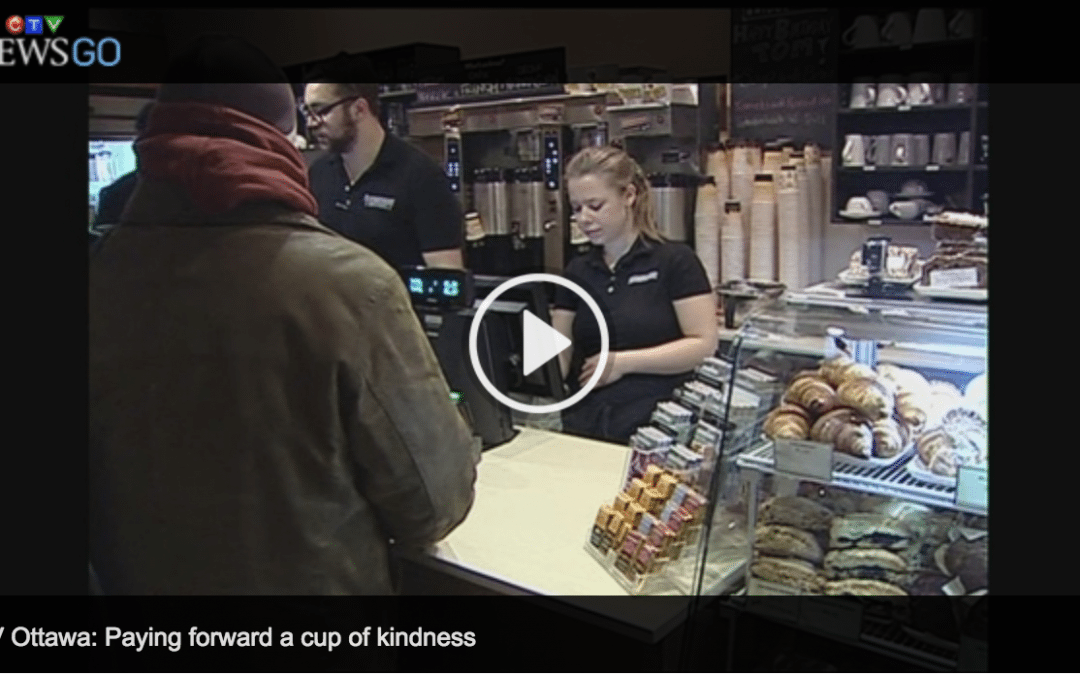 Their morning orders at Bridgehead coffee were free thanks to a generous stranger who asked to pick up the tab.

The Ottawa man who wants to remain anonymous approached the store manager the day before with $200 in cash.

Dozens of patrons of this downtown Ottawa Bridgehead Coffee had their morning orders paid for by a complete stranger. (Photo: Mark Dunlay/CTV Ottawa)

“This was definitely a large scale act of kindness. I touched a lot of people this morning. We saw a lot of happy faces,” says manager Harriet Walker.

The only hints about the mystery donor: a business card with a link to a website and the message to be kind to others.

“I’m definitely going to put some thought into it because I mean what a great idea,” says free coffee recipient Lindsay MacDonald.

The pay-it-forward movement lasted about a half hour. Reactions from patrons ranged from pleasant surprise to utter disbelief.

“Well I thought it might be some type of trick. They give you one and you have to buy two or something like that,” says Rod Young who had to be told twice about the kind gesture.

In fact, the gesture was so inspiring some people decided to pay it forward even after the money ran out.

“I actually didn’t get a free coffee. The woman ahead of me got a pay it forward coffee. I heard of these kinds programs before and I thought if I could find one I’d do it,” says Barb Bramwell.

The Good Samaritan who picked up the tab says he’s been doing random acts of kindness every couple of weeks for the past 10 months.

He says he doesn’t have a lot of money, but enjoys making people happy and will continue to do so.

With a report from CTV’s John Hua